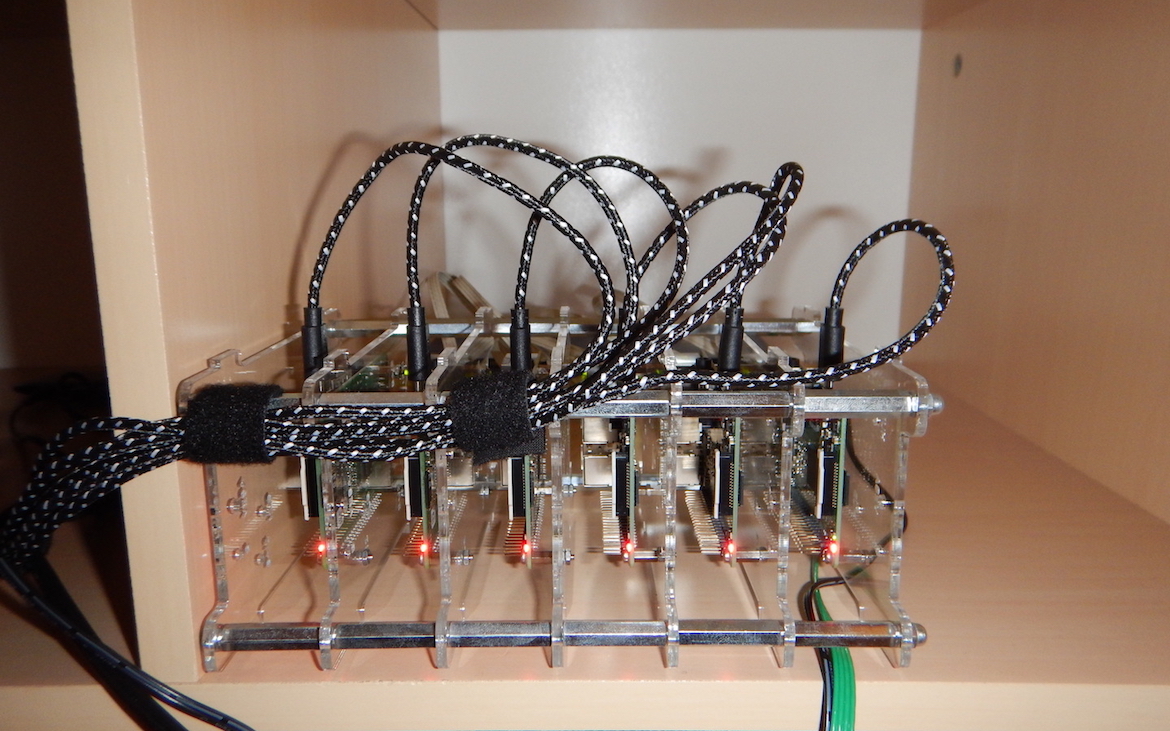 Why would someone do this?
I decided to try something with them, when I had two lying around on my desk. They were thought for a different task, but weren’t needed when an easier solution was found.

This was when I started to experiment with cluster computing. Not because of the improved availability, but the fact that I could use the resources of a remote host to execute tasks related to Space Wars. This lead to the creation of version 3 of ISMA, the AI which runs Space Wars. (I will cover that in a different post)

What is it used for?
I use the cluster as host for ISMA and to test some new features of MariaDB 10 (FromDual: Replication in a Star).

ISMA is a program written in Perl. As of version 3, it contains the ability to control nodes in a cluster and distribution defined of tasks to nodes. The development of it is still ongoing, as I always have ideas how to improve it or the need of that one specific feature it does not have yet. Also the functionality can be improved by writing new modules, which can be loaded by defining them in the configuration file.

At the moment ISMA is capable of connections to database, writing mails to specified recipients, store non-volatile information on the host, exchange data over TCP/IP, and more.